A Second Chance at Saving Jobs in Indiana 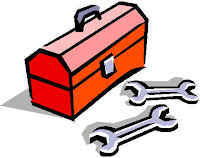 During the 2011 legislative session of Indiana General Assembly, the Institute helped to draft House Bill 1151—a bill aimed at saving jobs. Unfortunately, the bill, known as work sharing, did not get a hearing.

This particular policy has proven itself to be successful (both empirically and anecdotally), is cost-effective, and continues to gain increasingly rare bi-partisan support from economists and governors alike. Since 2009, six states (CO, ME, NH, NJ, OK and PA) have all passed Work Sharing legislation.

However, the passage of work sharing could prepare employers and employees alike in the event of decreased demand and in turn save hundreds to thousands of manufacturing jobs in Indiana. This uneasiness with the recovery is not limited to the Institute; it is wide-spread, from Governor Mitch Daniels to a number of well-respected economists.

Work sharing allows firms, who typically respond to a loss in demand by firing workers, to spread a small amount of the pain across many workers, at no significant cost to the state.  Simply stated, instead of unemployment benefits that pay Hoosiers to NOT work, work sharing would be paying for people to work shorter hours, saving employer’s money through decreased turnover costs, and keeping Hoosiers working.

While the Institute can’t help but wonder what other qualifications a jobs bill must possess to gain traction—especially given the current economic environment—the Institute is encouraged by the recent actions of the federal government.

According to a joint statement by CLASP and NELP: “On February 22, 2012, President Obama signed the Middle Class Tax Relief and Job Creation Act (H.R. 3630), extending the payroll tax cut and federal unemployment assistance through the end of 2012. Included in the $143 billion measure are provisions designed to expand a creative layoff aversion strategy called work sharing.”

Among other things, H.R. 3630 provides $500 million to states who adopt work sharing programs, and is largely similar to the bill the Institute helped to write in 2011:

As the Institute’s 2011 report stated, work sharing is a win-win-win strategy Indiana cannot afford to pass up in this time of continued economic uncertainty.  And now, given the federal support, the choice is clear: Indiana should utilize work sharing as one tool in a box of many to mitigate temporary decreases in demand, now and for future downturns.