Yes, Indiana, We Do Have a Skills Gap! 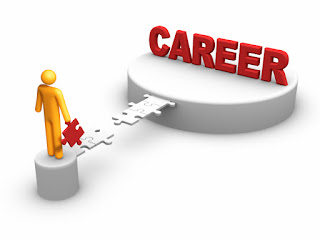 This week the Republican gubernatorial candidate Mike Pence announced his plan to address the skills gap in Indiana. We at the Indiana Institute for Working Families (Institute), have been working with our partner, the National Skills Coalition, to highlight the very real data which proves the skills gap does exist and that it must be addressed. We are pleased that this issue is on the gubernatorial candidates’ radar and welcome the spotlight that it brings to this very important issue.

In our 2010 report, Indiana’s Forgotten Middle Skill Jobs, we found that middle-skill jobs—those that require more than a high school diploma, but less than a four-year degree—represented the largest share of jobs in Indiana, and would continue to make up a substantial share of future openings. In fact, more than 487,000 “middle-skill” job openings are projected for the state by 2016. In 2009, middle-skill jobs made up 55 percent of all jobs in the state, however only 49 percent of our workforce had the skills necessary to fill those positions.

Sources: US Department of Labor & US Bureau of the Census

In Pence’s comments this week he called for improving the skills training and vocational education for our state’s high school students. That is indeed important work and must be part of a long-term strategy to provide Indiana businesses with the skilled workforce they need to compete. Additionally, Pence put forth the idea of regional “Indiana Works Councils,” and even though all the details regarding these councils haven’t been released, they may be similar to the state-supported sector partnership strategies, which have become a national model and have shown great promise in closing the skills gap. At the same time, Indiana’s most immediate skills needs lie within our working adult population. Our study found that nearly two-thirds of the people who will be in Indiana’s workforce in the year 2020 were already working adults in 2005—long past the traditional high school-to college pipeline. Indiana cannot close the skills gap without addressing the education and training needs of our adult workforce.

Additionally, the U.S. Census Bureau’s 2010 American Community Survey showed that 2,070,138 Hoosiers, over the age of 25, have only high school diploma or less. This means over two million Hoosier adults do not have the education or skills training they need to be competitive in the labor market. Of course Indiana needs to come up with long-term strategies to ensure that its young adults are getting the skills training needed to provide for the needs of the labor market. In the meantime, however, working adults must be the focus of the state’s short- term strategies to end its current skills gap.

The Institute, with generous funding from the Joyce Foundation, has put together a coalition of stakeholders called the Indiana Skills2Compete Coalition (Coalition). The Coalition is made up of 23 members representing 19 organizations, including; members of the Indiana General Assembly, the Indiana Commission for Higher Education, Ivy Tech Community College, and the Indiana Chamber of Commerce, just to name a few. The ultimate aim of the Coalition is to close Indiana’s skills gap and to be an available resource to policymakers working toward that end. With this in mind the Indiana Skills2Compete coalition will be releasing its 2012-2014 policy platform which will include a set of policy recommendations aimed at closing Indiana’s skills gap. Stay tuned…