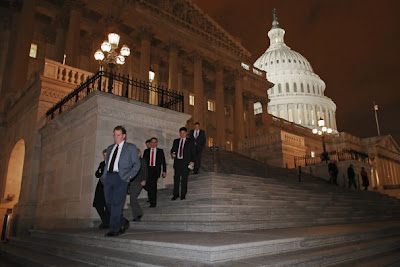 Now that the details of the American Taxpayer Relief Act (ATRA) of 2012 are available, and time has passed, allowing advocates for working families in the U.S. to respond to the “deal”, we’ll summarize and provide insight into its impact on working families in Indiana. With their economic mobility in peril, preserving “ladders of opportunity” for our families is just as important now as it was during the height of the recession so that Hoosiers families can get back on their feet for a shot at a meaningful economic comeback.

Federal Unemployment Benefits for 2013: Indiana currently has a jobs deficit of nearly 216,000 coming out of the recession (including 91,300 jobs lost since recession in addition to the 124,600 needed to keep up with population growth). Nationally, more than 2 million workers avoided losing their unemployment benefits. Earned Income Tax Credit (EITC) and the Refundable Child Tax Credit (CTC): Under ATRA, these benefits were extended for five more years. According to the Center on Budget and Policy Priorities, letting the improvements in the Earned Income Tax Credit (EITC) and Child Tax Credit (CTC) expire at the end of 2012 would affect 268,296 working Indiana families in 2013 and the 525,069 children in those families.

Supplemental Nutrition Assistance Program (SNAP): The Institute, as well as Feeding Indiana’s Hungry, is concerned about proposals to cut resources and charitable tax incentives as a part of the fiscal cliff negotiations. In the past, Congress has proposed cutting billions of dollars from SNAP and capping the tax deductions that individuals can take from donating to charities, which negatively affects the hungry. Fortunately, there were no cuts to the SNAP program that lifted approximately 4 million people above the poverty line in 2011. The average SNAP beneficiary household has an income of about 57 percent of the federal poverty line and 84 percent of all of the benefits go to households that included a child, senior or disabled person. Nearly 1 in 4 Hoosier children lives in a family that doesn't always know how it will put food on the table.

Alternative Minimum Tax (AMT): Of the many important benefits to low-income families, the ATRA also fixed a looming problem, the Alternative Minimum tax (AMT), with a patch that allowed for it to finally be adjusted for inflation. If this action wasn't taken, “an estimated 27 million more tax filers could [have found] themselves paying an average of $3,700 more in taxes.” Payroll Tax Holiday: There were also some negative outcomes for low-income Americans such as the inaction to prevent the expiration of the temporary two-percent reduction in the payroll tax. “This will significantly reduce take-home pay, driving down consumer demand and resulting in higher unemployment.”

Sequestration: The ATRA bill delays the sequesters until March 1, 2013 by creating $24 billion in other deficit reduction measures that are paid for with 50 percent spending cuts and 50 percent revenues. These cuts will be achieved by reducing the discretionary spending caps by $12 billion over 2 years –divided equally between defense and non-defense discretionary (NDD). Since this bill already cut spending by $24 billion, if the sequesters go into effect in March, the total cut will be $85.33 billion, down from $109 billion. As of now, it is unclear how these will affect funding for critical workforce training and work support programs.

Although the tax issue was resolved, sequestration and action on the debt ceiling were temporarily postponed, leaving many challenges and policy changes ahead towards fully supporting lower-income families in Indiana and driving them on a path towards living in the middle class.
Share This