The Painful and Irresponsible Sequester in Indiana 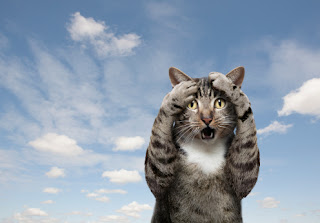 Sequestration is a package of automatic spending cuts enacted under the Budget Control Act (BCA) of 2011. Due to disagreements over fiscal policy during the 2011 federal budget showdown, the automatic triggers – equal to $85.3 billion – were proposed by President Obama and supported by a majority of both parties in Congress to incentivize an agreement.
Below are details of the effects that budget cuts have had on the State of Indiana thus far. We’ll continue updating this list as the news comes in (for comparison, here are the White House estimates of the sequester effects on Indiana, and a press release from Governor Pence on the state's proposed attempts at mitigating the effects).

Congress’ inability to restore these cuts will continue to have a disproportionate effect on low-income Hoosier families. These reckless and widespread cuts (alongside the inability of state and federal lawmakers to prioritize our most vulnerable families, children and seniors) will only further exacerbate the Status of Working Families (see 2012 Report here) - defined by increasing poverty, declining opportunities, stagnating wages and challenges to educational attainment necessary to create high-wage job growth.

TAKE ACTION (via the Coalition on Human Needs): Email Congress - No More Sequester Cuts: Follow the link above to contact your "representative and senators during the recess and tell them that we need to invest in the services that allow people to move forward. Congress has headed home for its August recess.  They left with sequestration cuts still in place and more looming if they don't take action to end them."