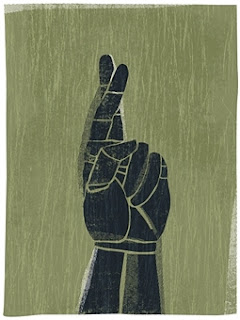 This week, the CATO Institute released a study suggesting that, despite growing poverty and declining wages over the past decade, Hoosiers participating in anti-poverty benefits were living the good life – making more than entry-level or minimum wage workers. Unfortunately, the deceptive study presents a rare exception and presents it as rule.

First, from Sharon Parrott at the Center on Budget and Policy Priorities on why the study is “fundamentally flawed”:

“It substantially overstates the help that poor jobless families receive: … very few families get that much help.  Just one-third of families that are eligible for cash assistance in the state they live in actually receive it.  Among those who do get help from TANF, Cato’s own figures show that just 15 percent also receive housing assistance.”

This is important as it is especially true for Indiana, which should, by the way, be a case study on the negative outcomes of punitive participation requirements that worked successfully to discourage dramatic reductions in TANF enrollment among Hoosier families during the Great Recession - just when they needed it the most. These are, by the way, the very same policies that CATO recommends. Only two other states, Arizona and Rhode Island, saw greater percent decreases in TANF caseloads during the same time period.

In Fort Wayne, the report was presented to Hoosiers as the “typical welfare recipient” or simply “those on welfare”.  However, this is very misleading.

If we’re serious about reducing poverty, and increasing the well-being of all Hoosiers, we should be less concerned about the minuscule percentages in CATO’s disingenuous report, and more concerned about the following, very real stats: more than 1 in 5 children live in poverty and 47 percent are low-income (more than all neighbor states, including Kentucky); more than 1 million Hoosiers over the age of 18 are in poverty and 2.24 million are low-income; more than 70% of Hoosier jobs are in occupations that pay less than 200% of the Federal Poverty Guidelines – that’s less than $39,060 for the same family of three referenced in their report (a single parent with two children); we have a larger share of jobs in occupations that pay at or below poverty wages jobs ($19,530 for a family of three) and jobs that pay at or below minimum wage than all neighbor states, including Kentucky; and wages have declined for lower- and middle-income Hoosiers over the past decade, while worker productivity has soared.


Rewarding nearly a half-million hard-working Hoosier by increasing the minimum wage to its rightful levels would be a serious start, and has the overwhelming support of Americans. Instead, CATO, who by the way believes the U.S. should abolish the minimum wage, also suggests that for struggling families, the answer is to further cut benefit levels in an effort to nudge families into picking up a third, or, maybe a fourth job to make ends meet.
Share This