The Increasingly Unequal State of Indiana

Over the past 30 years, the top 1% of Indiana earners captured nearly half of all income increases and saw their incomes grow by nine times that of the remaining 99% of Hoosiers.

In a new report from the Economic Analysis Research Network - The Increasingly Unequal States of America: Income Inequality by State - Estelle Sommeiller and Mark Price conduct a state-level analysis of income trends from 1917-2011. According to Sommeiller, a socio-economist at the Institute for Research in Economic and Social Sciences: “Our study shows that this one percent economy is not just a national story but is evident in every state, and every region.” Nationally, the authors found that from 1979 through 2007, the top 1% captured 53.9% of the total increase in U.S. income. During this time period, the average income of the bottom 99% grew by 18% while the top 1% saw income growth mushroom by 200%.

Employing the authors' data, here's a closer look at the increasingly lopsided Hoosier economy, which by the way, was in motion decades before the Great Recession began:


While the challenges to Indiana's economy over the past several decades are not much different than many rust belt states, and recently, not much different than the rest of the U.S., public policy choices have compounded the plight of working Hoosier families. During this era of lopsided growth, state-level policies have disproportionately benefited higher-income households (shifting the responsibility of funding critical government services toward middle and low-income Hoosiers), and actively weakened our work support and social safety net system. Instead of a rising tide that lifts all boats, just a few are riding high, while most families are anchored underwater.

If Indiana truly wants to be "a state that works" for all Hoosier families, it's more critical than ever that policymakers begin to provide a toolbox of meaningful and significant state policies and investments that restore mobility and raise the standard of living for millions of hard working Hoosiers to strengthen the state's middle class. To do this, lawmakers should reward hard working Hoosiers by ensuring they share in economic growth; strengthen work support programs for our most vulnerable citizens, and; equip all Hoosiers with the opportunity to obtain the skills necessary in order to attract high‐paying, quality jobs that are necessary for a family’s economic self‐sufficiency. 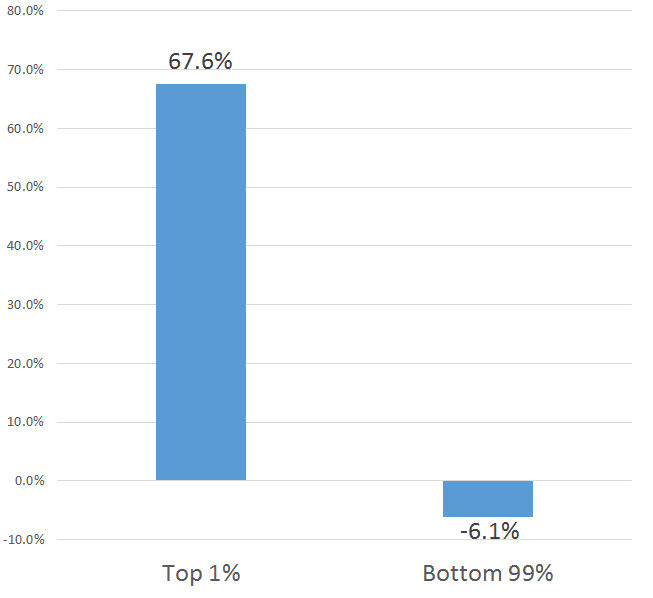 Sommeiller and Price, The Increasingly Unequal States of America:  Income Inequality by State, 1917 to 2011

Figure B: Growth of Real Hourly Median Compensation for Production/Non Supervisory Workers and Productivity - 1979 through 2011
(If the minimum wage had kept up with productivity, it would be near $18.75 today.) 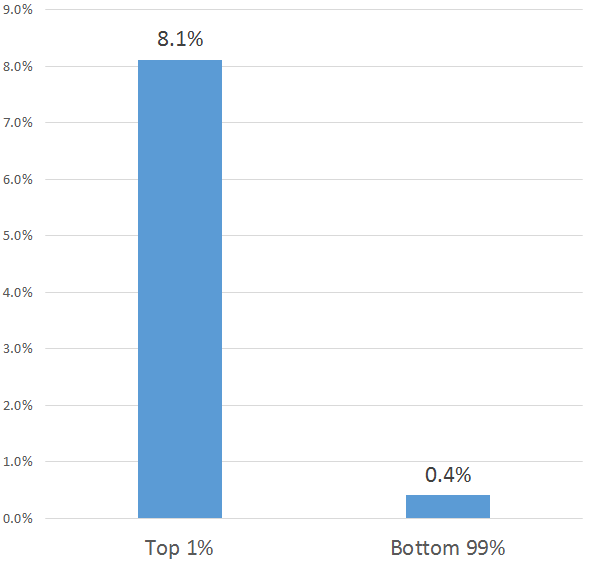 Sommeiller and Price, The Increasingly Unequal States of America:  Income Inequality by State, 1917 to 2011 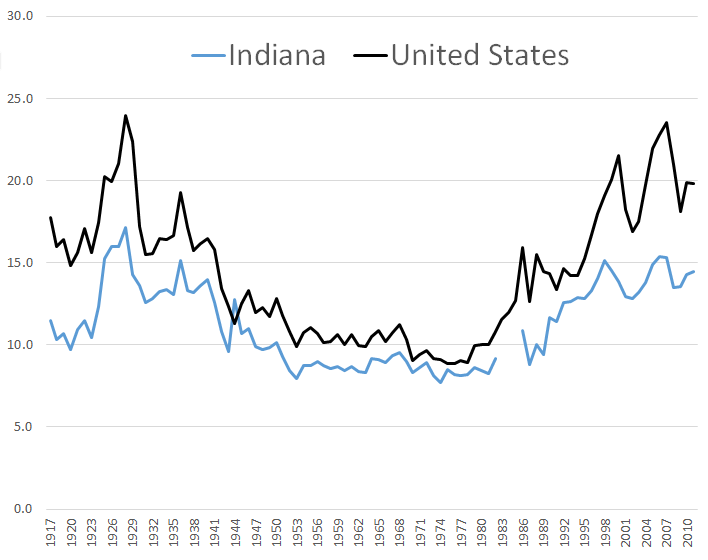 Sommeiller and Price, The Increasingly Unequal States of America: Income Inequality by State, 1917 to 2011