Inequality in Indy - A Rising Problem With Ready Solutions 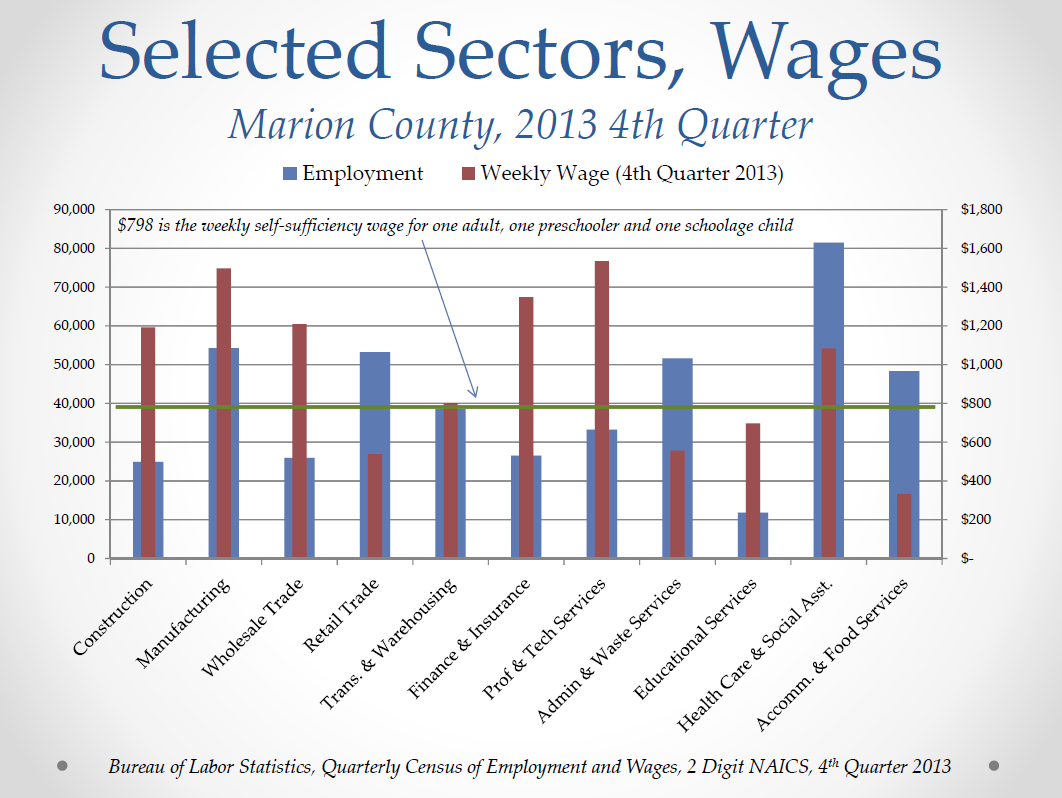 This week, the Indy Star reported on the U.S. Conference of Mayors’ ‘Income and Wage Gaps Across the U.S.’ report.  The story presented the group’s finding that “wage inequality grew twice as rapidly in the Indianapolis metro area as in the rest of the nation since the recession”, largely due to the fact “that jobs recovered in the U.S. since 2008 pay $14,000 less on average than the 8.7 million jobs lost since then.”

We at the Indiana Institute for Working Families have spotlighted similar problems in our report, ‘Work and Poverty in Marion County’: four out of five of the fastest growing industries in Marion County pay at or below a self-sufficient wage for a family of three ($798 per week); weekly wages declined over the past year, and; median household income declined 11 percent from 2008 – 2012. Each year that poverty increases, economic mobility - already a real challenge in Indy - becomes more of a statistical oddity for the affected families and future generations.

There are ways we can address these problems. The mayors’ report proposed several solutions that were not mentioned in the Star's story. Those include: increasing the minimum wage, strengthening the Earned Income Tax Credit, public programs to retrain displaced workers, universal pre-k and programs to build the nation’s infrastructure.

The Mayors’ report is among a growing and diverse chorus of economists, policymakers and advocates warning about the dangers of rising income inequality. Most notably, just days prior to the Mayors’ report, Standard and Poor’s Rating Service (S&P) – “[t]ackling an unusual subject for a credit-rating firm” – warned that inequality was damaging the economy.

Policymakers in Indianapolis should take these warnings seriously. At last count in Marion County: following an 82 percent increase over the last decade, poverty is still rising; the minimum wage is less than half of what it takes for a single-mother with an infant to be economically self-sufficient; 47 percent of workers do not have access to a paid sick day from work, and; a full 32 percent are at or below 150 percent of the federal poverty guidelines ($29,685 for a family of three).

To cite S&P: “Some degree of rebalancing—along with spending…could take the form of reallocating fiscal resources toward those with a greater propensity to spend, or toward badly needed public resources like roads, ports, and transit.”

George W. Bush increased the minimum wage and Ronald Reagan strengthened the EITC because they knew, as S&P knows, and as our mayors and so many others know, that putting money into the hands of low-income families is not only good for our families, but for entire communities.