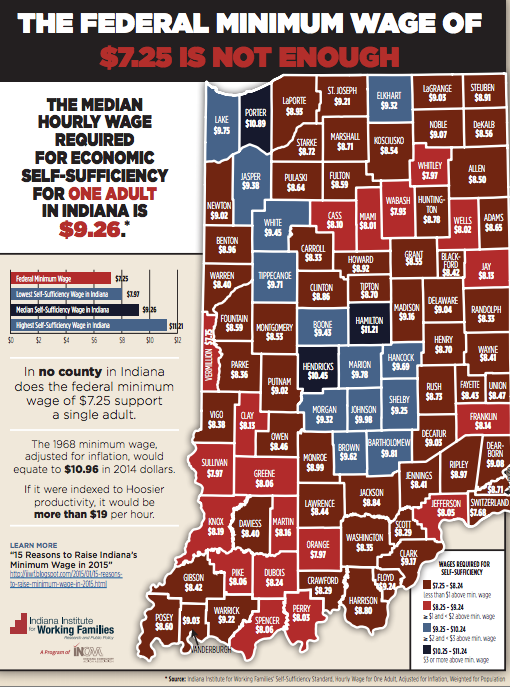 On New Years Day, workers in Indiana joined a shrinking minority whose states' minimum wage is still equal to the federal (bare) minimum wage of $7.25. On January 1st, 2015, 3.1 million workers in 20 states received raises. For 2015, we've updated our blog with new data and added a 15th reason why the Indiana General Assembly should resolve to be the 30th state in the nation to reward hard working families by providing them with the long-overdue raise they deserve.


A minimum wage that reflects the increased cost of living is fundamental to economic self-sufficiency. Recognizing this, more than half of all U.S. states now have minimum wages higher than the federal minimum for the first time ever. This year, several other states will be considering increases as well. Hard working Hoosiers don't deserve to be in that shrinking minority.

The Institute is a proud member of Indiana's 'Raise the Wage Indiana!' campaign. Visit their website and sign the petition to ask Indiana's elected officials to #RaiseTheWage!