Keeping Hoosiers on the Job: The Best Bang for Indiana's Buck 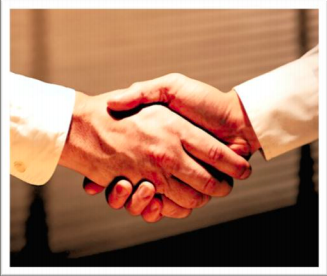 The best way to stimulate the economy is by keeping workers on the job through work sharing. According to Moody’s Analytics, the return is greater than infrastructure investments or tax cuts.

A work sharing program – available in 28 states – is a voluntary and cost-equivalent alternative to traditional unemployment insurance that allows an employer to have the option of reducing the hours and wages instead of laying off a portion of its workforce to match decreased demand. The reduction in wages would be supplemented by a portion of UI benefits—typically equal to half of lost wages.

The American Enterprise Institute's Kevin Hasset said it best: "Instead of unemployment benefits that effectively pay people for not working, we would be paying people for working shorter hours."

This alternative better reflects the ebb and flow of our closely connected 21st century economy than traditional unemployment benefits – particularly for a state such as Indiana that relies heavily on manufacturing exports. According to Fitch's Rating Agency "[Indiana's manufacturing-concentrated] economy… exposes the state to economic downturns."  This means that the one-fourth of manufacturing jobs in Indiana that depend on exports will continue to be impacted by the uncertainty of a global economy.

While it’s a relatively small dent, our analysis shows that had policymakers had the foresight to implement work sharing prior to the Great Recession, anywhere from 1,862 - 9,984 Hoosier mid- to high-wage jobs – such as manufacturing – could have been saved from 2007 through 2010.

Because work sharing is a win-win-win, it’s harder to find a program with wider bipartisan support from economists, governors and state legislators. In Indiana, work sharing enjoys support from the Indiana Chamber of Commerce, the Indiana AFL-CIO, employers such as Subaru Indiana and lawmakers from both political parties (federal and state).

It’s easy to see why:

The employer wins by reducing the costs of recruitment, hiring, and training workers once normal business resumes. It also affords employers greater control over UI charges by reducing schedules only as required by production demand in any given week. As the state grapples with skilling-up our workforce, retaining skilled workers is why Michigan’s Governor Rick Snyder signed work-sharing legislation in July 2012.

The employee wins by maintaining wages, health benefits and avoiding the ranks of the unemployed. That’s why Wisconsin’s Governor, Scott Walker, signed legislation. “Instead of getting a pink slip during an economic downturn, workers now have an opportunity to stay on the job and receive unemployment benefits for the hours they lose,” Walker said.

Finally, the state wins by avoiding the secondary job losses – and the accompanying revenue losses – that inevitably result from layoffs.

During the Great Recession, Hoosier families saw some of the greatest increases in poverty and child poverty, and some of the largest declines in household income than most of the nation, and most of the time, all neighboring states. How we fare during the next recession depends on foresight today.

Since World War II, economic expansions have lasted an average of 58 months – the last three have lasted 95 months. After more than three years of debate, including multiple study committees and the lost opportunity that was millions of dollars in federal support, we are now 68 months into our post-recession economic expansion without a plan to protect jobs when the next, inevitable, recession hits.