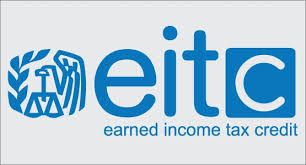 Last fall, the Indiana General Assembly’s Interim Study Committee on Fiscal Policy discussed the Legislative Services Agency’s most recent review (herein referred to as the Tax Review) of Indiana’s state tax incentives, including the state’s Earned Income Tax Credit.  On the whole, the findings of this review were very favorable to the state’s refundable Earned Income Tax Credit, declaring that it did in fact make an (albeit in some cases small) impact on both reducing poverty and incentivizing work. But there are two steps Indiana can take to simplify the state’s EITC and make it work better for more Hoosiers.

This comes as no surprise, as the Indiana Institute for Working Families has testified before the General Assembly and its study committees many times; the Federal Earned Income Tax Credit is our nation’s most successful anti-poverty program, and the State EITC, although much smaller, is part of the EITC’s success story.

During this Week of Action for CFED partners, the Indiana Institute for Working Families and the Indiana Asset and Opportunity Network are focusing on expanding and amending the Earned Income Tax Credit in Indiana. To learn more about the EITC and the condition of Indiana’s economy, please visit the CFED’s 2016 Assets and Opportunity Scorecard.

The Earned Income Tax Credit (EITC) is a federal tax credit for low- to moderate- income working individuals and families. The credit reduces the tax burden placed on workers by offsetting payroll and income taxes. The credit is refundable, meaning that if the credit exceeds the amount of taxes owed, the difference is given back to the taxpayer. Thus, earned income is put back into the pockets of working individuals and families.

Despite decoupling, the Indiana EITC works with the federal credit to lift families out of poverty.  Nationwide the federal EITC lifted 6.2 million people out of poverty, making it the most effective anti-poverty tool in our arsenal.  In 2012, the Indiana and federal credit together lifted more than 65,000 people out of poverty; nearly 6,000 of those that moved above the poverty line can be attributed specifically to Indiana’s credit. (Tax Review, p. 14) This reduction in poverty results in meaningful improvements for children in poverty.  A recent Center on Budget and Policy Priorities report cites a variety of studies showing the positive impacts of the credit on everything from higher test scores and greater college enrollment to a greater likelihood of working and having higher earnings when the children enter adulthood.

The reason the credit is effective at promoting work is in its design. For families with very low earnings, the value of the EITC increases with each additional dollar earned, up to a maximum benefit. This structure encourages folks earning the least to work more by letting them keep more of what they earn to cover their basic needs. Once taxpayers reach the maximum benefit, the benefit level plateaus and eventually phases out for those with higher incomes; however, this phase out is well-designed to extend into self-sufficiency, meaning that this is one of the few anti-poverty programs that does not have a ‘benefits cliff’.  Indiana’s Tax Review cited studies that showed this increases labor participation, particularly for single mothers. (pp. 13-14)

Just over half a million Hoosiers claim the Indiana credit, the number of claimants has increased an average of 2.6% a year between tax years 2004-2013. The interactive county-level map below shows the number of state claimants, the average amount of the credit per claimant and the total amount of state EITC claims.

In the 2015 Status of Working Families report, the Institute set out recommendations related to Indiana’s Earned Income Tax Credit. Enacting these two proposals for the EITC will simplify the tax code, eliminate the marriage penalty, and address the regressivity of Indiana’s tax policies.

·         Eliminate the Marriage Tax Penalty by returning the state credit to a simple percentage of the federal credit.  Recoupling would also reinstate the expansion of the credit for larger families.

·         Increase The State’s Earned Income Tax Credit from 9% to 25% of the Federal EITC. A stronger EITC will help bring balance to Indiana’s regressive tax system and help to reduce income inequality in Indiana.