Miss or Make? How well did the General Assembly perform for working families in 2016? 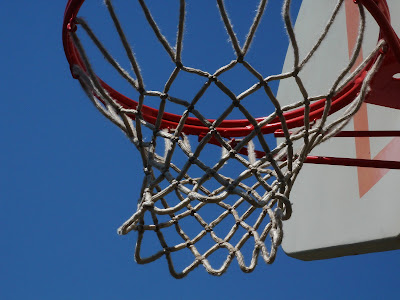 Since the General Assembly left town to make room for the Big Ten basketball tournament, it seems appropriate to take a March Madness-style look at their record for working Hoosier families this session. At the beginning of the year, the Indiana Institute for Working Families drew up a gameplan of low- or no-cost policy options that would help restore economic opportunity for the more than 1 in 3 Hoosiers who live below economic self-sufficiency. We’ve been keeping track of legislation affecting working families all season. So what was the Assembly’s shooting percentage?

Session tipped off with a proposal to protect Hoosier jobs and skills through a ‘work-sharing’ program. Nearly 30 states successfully use similar programs, and the proposal had bipartisan support and backing from the unlikely duo of the Indiana Chamber of Commerce and the Indiana AFL-CIO. Yet even during a session when large layoffs were announced by Carrier & UTEC and we learned that Indiana is ranked #2 in the proportion of job losses due to Trans-Pacific Partnership-related imbalances, Indiana failed to even take a vote on work-sharing. MISS.

On the rebound, the Assembly made a slam dunk by expanding the state’s successful Individual Development Account program, which matches low-income Hoosiers’ savings toward a financial asset. With legislation captained by Senator Mark Messmer, IDAs will be able to be used to purchase vehicles for work or adult education, or for owner-occupied home rehab. In addition, IDA program eligibility will increase from 175% to 200% of the federal poverty level, better aligning with what it takes to be self-sufficient in Indiana. MAKE.

But the Assembly missed twice when given the chance to make Indiana’s safety net more responsive to poverty stuck at high levels since the recession. The legislature balked at eliminating the “asset test” for families qualifying for SNAP (nutrition assistance) despite extensive research and 36 states’ experience that asset limits are counterproductive. Similarly, another bill to reduce recidivism and impoverishment by lifting the lifetime SNAP ban after drug convictions failed. MISS and MISS.

A better shot came when the Assembly passed HB 1248, including a provision to extend eligibility for the EARN Indiana work-study program to part-time adult students. These work-based learning opportunities will help adults get the inside track to good-paying jobs, and will team up well with Indiana’s new YouCanGoBack.org initiative for adults to complete degrees and credentials.  MAKE.

While the Institute recommended legislation for fairer payday lending payment plans and truth-in-lending rules, the Assembly narrowly avoided going in the opposite direction with dangerous new long-term payday loan products that commentators called "sanctioned exploitation" at "loan shark rates". While the proposed new loans were blocked, stopping a turnover isn’t the same as making a bucket. MISS.

As the clock wound down, the Assembly decided to take another look at research showing that Indiana has over 420,000 driver license suspensions, over half for non-safety reasons. They recommended a summer study of suspensions & reinstatements for the indigent. Let’s call that a FREE THROW.

But not every play was in the gameplan. Indiana took a great shot with SB301, which will provide data to better align education and skills training with labor market and wage outcomes. The Assembly also took some unnecessarily bad shots against working families’ interests. With SB20, Indiana becomes the first state to prevent communities from finding solutions to the problems of ‘just-in-time’ scheduling for their own citizens. The Senate also failed to even vote on proposals for a voluntary fair scheduling program and family leave insurance. And the House committed a couple of flagrant fouls when they twice tried to insert a regressive tax combo into a road funding plan that would’ve hiked taxes for the bottom 80% of Hoosiers while gifting cuts up to $1,216 for the highest earners. That’s MAKE, MISS, MISS, MISS, and unneeded foul trouble against working families.

At the buzzer, the General Assembly scored a few points but passed on too many plays to make systemic improvements for Hoosier families, going 3 for 10 with just a .300 shooting percentage. Our home team should take the summer to study and practice the fundamentals so they’re ready to better execute a strategy for working families next season.