It’s a fever and headache, and it lasts for days. At least, that’s what the pediatrician told us when our son missed a third day of school and we finally took him to the doctor. School has been back in session less than a month, and we are already picking up and passing around germs. 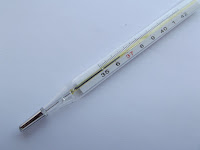 But at least in some respects, my husband and I are lucky because our jobs provide us with time to care for our kids when they are sick. In Indiana, an estimated 1.1 million private sector workers (that’s nearly half our workforce) don’t have paid sick days for themselves, let alone the flexibility to use them for their children’s illnesses. Workers in the lowest quartile of earners have it the worst, with only 39% having access to paid sick time. If their children catch the flu, they will be forced to choose between sending their child to school and risking their jobs and financial security by taking unpaid time off. For the average family in Indiana, three days of missed work is nearly one month’s worth of groceries.

The situation has real consequences for the health and well-being of our children and communities. In Washington, D.C. and other cities, paid sick day laws and ordinances have decreased incidences of influenza by as much as five percent. At the same time, businesses still thrive. We simply aren’t getting the coverage we need by letting market forces work it out. That’s why legislation is critical. The Healthy Families Act – a bill that would establish a national paid sick days standard – or state legislation must be passed. With paid sick days in place, parents could care for sick kids at home and better manage their own health. And we could all rest easier knowing workers have the support they need.

It’s time for our lawmakers to make paid sick days a priority, and this season – complete with the back-to-school fever and headache - should be a reminder of just how important that is for Indiana’s families and communities.