For the third year in a row, lawmakers listened to consumer advocates, faith leaders, veterans, and HB 1319, which would have allowed payday lenders to offer installment loans at rates up to three times the current criminal loansharking rate, narrowly passed the House but was stopped in the Senate. 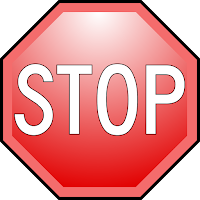 "Killing a bill to expand payday lending is a bittersweet victory," said Erin Macey, policy analyst at Indiana Institute for Working Families. "Thanks to the leadership of Senator Messmer, we've prevented further damage, but the current two-week product still exists and will continue ensnaring low-income borrowers in high-cost debt."

Fifteen states and the military have capped all loans at 36% APR or less. Those states have lower consumer bankruptcy rates and save borrowers millions in fees each year. A bill to introduce a rate cap in Indiana - SB 325 - never received a hearing despite being coauthored by the ranking majority member of the Senate Insurance and Financial Institutions Committee, Senator Greg Walker, and securing bipartisan support from seven coauthors. The proposal has 88% voter support, even after hearing pro-industry arguments.

Next year, the Institute's policy agenda will once again include a number of proposals to empower Hoosier families achieve and maintain economic self-sufficiency. Capping payday loans at 36% APR will be among them. Meanwhile, we will work to block bad policy at the federal level, like HR 3299, which would also undermine Indiana's usury law, and continue partnering with fellow advocates to fight for shared prosperity for all Hoosiers.

Would you like to support our advocacy for Hoosier families? Please consider a donation today.