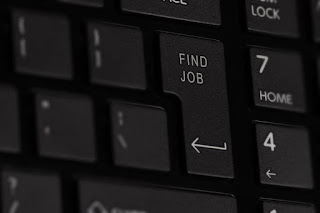 After a tough year of dealing with COVID-19, families across the world have been forced to deal with the harsh realities of a global pandemic. Many families have lost loved ones, students of all kinds have lost out on special ceremonies, and many people are struggling with how to adapt with getting back into a “normal” routine. Focusing on a smaller scale, the United States had a rough presidential election, and there has been an uprising in anti-police brutality protests to fight social justice and racial inequalities.

While all of these events have been happening simultaneously, individuals and families have also had to face another issue that has skyrocketed because of the pandemic – unemployment. With the closure of many businesses in early 2020, individuals that were providing for themselves or a family found themselves in a hard spot due to being furloughed, laid off, and even fired. More importantly, Black, Indigenous, and People of Color (BIPOC) have found themselves disproportionately affected by all of these events. With all of these factors combined, how do the numbers and trends of unemployment paint a story about families that have been affected by unemployment and economic forces beyond their control?

These numbers are staggering when realizing that the Black population for Pennsylvania, Michigan, and Illinois is under 15%, respectively. The Black population in the District of Columbia is 46%, but Black workers were more than twice as likely to be unemployed as white workers in the District of Columbia and four states: Alabama, Michigan, Pennsylvania, and Texas. If you are wondering why there is no data for Indiana and other states, it is because the sample sizes for the racial categories were not large enough to create accurate unemployment rates. The data that is available suggests that the United States not only has an unemployment issue, but many Americans that are not white are struggling more than their white counterparts. When factoring in poverty and the lack of assistance that often rocks marginalized communities, the issue becomes even more pronounced.

Let’s set up an equation to help us understand this disparity. Healthcare in the United States is tied to employment + Black and Hispanic communities are facing higher unemployment rates added with the systemic healthcare disparities for non-white populations = a disaster in the midst of a pandemic. If people do not have jobs, especially during a pandemic, then they cannot care for their health or their loved ones. According to data from the Center for Disease Control (CDC), COVID-19 hospitalization rates among non-Hispanic Black people were about 4.7 times the rate of non-Hispanic white people. These rates are due to racial and ethnic health disparities, which involve discrimination, disparate health access, occupational segregation (many Black people work in occupations such as healthcare facilities, factories, groceries stores, etc. which put them at higher risk of contracting COVID), educational inequities, income and wealth gaps, and housing that is more often in impoverished areas. Even though there has been a collective goal to tame COVID, these minority communities often suffer from unintentional harm. An example would be when COVID first started and many people lost their jobs in order to slow the spread of COVID, but this created a situation of lost wages, reduced access to services, and overall stress, which then plays into the cycle of poverty, lack of health resources, and unemployment.

Now that we have seen how minority communities have been directly affected by unemployment and health disparities brought on by COVID, plus pre-pandemic obstacles such as poverty, racism, and lack of access to quality resources, how can we prepare to rebuild a broken bridge that will connect these communities to a quality way of life? Policymakers must be willing to do right by these communities that are suffering. This may mean passing legislation that offers financial assistance to families on a weekly basis, like the American Rescue Plan, which aimed to address health disparities in BIPOC communities, provided protections for workers, included another stimulus check, extended financial assistance for workers who have exhausted their regular unemployment compensation benefits, and extended the additional $300 on top of existing unemployment benefits until September 6th. Communities impacted by these disparities need more time to recover than Indiana’s planned cut off of federal benefits on June 19, 2021.  Additionally, disparities still exists within the BIPOC community even with additional help from legislation. These disparities need to be examined before the American Rescue Plan runs out and that may require collecting more unemployment data strictly about BIPOC to paint a clearer picture of exactly how BIPOC are affected by the pandemic and unemployment. Until our country focuses on these disparities, these issues will continue to bleed into other areas of ordinary life for many BIPOC.

[1] Data by race was not available for Indiana: “In many states, the sample sizes of particular subgroups are not large enough to create accurate estimates of their unemployment rates. We report data only for groups that had, on average, a sample size of at least 700 in the labor force for each six-month period.”