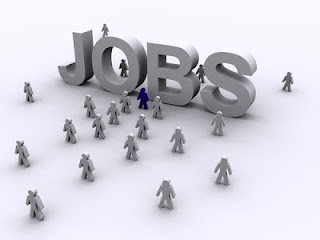 
While April brought some great news for job growth in Indiana, there are a few things to consider:


First, economists are typically cautious about relying on a single month-to-month report, as these numbers are subject to revisions—sometimes dramatic. Instead, a three month change is a more desirable indicator—Indiana ranks 1st in the Midwest and 6th in the nation in terms of the percent increase in total nonfarm employment.


Second, it's also important to look at the Labor Force Participation Ratio (LFPR)—the ratio of the civilian labor force to the total non-institutionalized civilian population 16 years and older—as a useful tool in determining the overall health of the labor market.


As we stated in our Status of Working Families, 2011 report, a high LFPR typically indicates the presence and/or availability of good-paying jobs, leading more people to work or seek work.  A declining LFPR typically suggests structural changes in the labor force ((a number of factors (structural changes) can be at play here; increase in stay-at-home-parents, more adults going back to school, teens leaving labor force, retiring of baby boomers, etc.)).


As illustrated below, the LFPR in the U.S. fell by 2.4 percentage points from December 2007 until April 2012 (currently 63.6 percent). Indiana’s LFPR fell 3.0 percentage points, more than a half percentage point than the national average (currently 63.7 percent). Specifically, only 5 states saw more people leave the labor force in that same time period than Indiana. Additionally, Indiana is among 17 states that saw absolute declines in their labor force from December 2007 (beginning of recession) through April 2012—only 9 states have seen larger declines.


While Indiana added roughly 17,100 jobs from March to April, representing the single largest month to month gain in the nation, it should be noted that the unemployment rate decrease was, in part, due to this decrease in LFPR—or those who dropped out of the labor force.


Finally, and just as important to consider (especially considering the dramatic loss of wages amongst Hoosier workers) is just how much these 17,100+ jobs (and beyond) are paying. Stay tuned…