Making Mountains out of a Molehill? 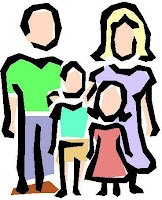 
Last night, WISH-TV’s I-Team 8, in Indianapolis, reported on a 4-month investigation  into how recipients of Temporary Assistance for Needy Families (TANF) were withdrawing money from ATM’s in “questionable places”, such as strip clubs, liquor stores and casinos, which is already illegal under state law.

Because reports very similar to this are being reported around the nation, we thought we should respond on behalf of the nearly 1,000,000 Hoosiers that live in poverty, and the nearly 2.25 million that are not economically self-sufficient—a more accurate measure of poverty.

As reported, there is already a state law in place to prevent these withdrawals. Therefore, the solution should be for the responsible agency, Family and Social Services Administration (FSSA), to find ways to enforce existing laws instead of further restricting access.

We recently reported in our Status of WorkingFamilies in Indiana, 2011 report that, among other factors, tens of thousands of Hoosiers were unnecessarily placed into poverty during the recession due to punitive policy measures enacted by the state, which ultimately restricted and discouraged participation in work support programs, such as TANF.  These programs are designed to respond to economic downturns through increased participation, and decreased participation when the economy begins to recover.

No doubt, it is unfortunate that certain individuals take advantage of these programs.  However, it’s important to remember that WISH-TV’s story represents less than 1 percent of TANF cash withdrawals, and over 99 percent of the 12,000 struggling families who are receiving assistance are honest stewards of taxpayer dollars.

Therefore, policymakers should be looking into deficiencies in program oversight rather than penalizing the honest recipients of TANF. In order for Indiana to truly recover from this recession’s lasting effects and prepare for a more prosperous future, Indiana should choose to invest in its workers and their families by strengthening public policies related to work support programs rather than making them more restrictive.
Share This