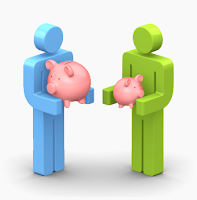 The Wall Street Journal reported yesterday that the national unemployment rate would be 7.1% in the event that state and local government jobs were spared. The methodology behind this calculation requires too many assumptions for a blog post, so we’ll stop short of calculating a hypothetical rate for Indiana. However, the article suggested that:

“One reason the unemployment rate may have remained persistently high: The sharp cuts in state and local government spending in the wake of the 2008 financial crisis, and the layoffs those cuts wrought.”

The Institute reported in its Status of Working Families, 2011 report that:

Of course, maintained employment would not be possible without maintained spending.  As such, we noted in the report that the most robust of postmodern recessionary recoveries also coincided with the most growth in government spending. Take a look here:

As Indiana lawmakers head to summer budget hearings, caution should be given to policies that continue to focus solely on decreased spending and cuts in public services without consideration to gains in revenue and the clear impact it has had on working Hoosiers.