Failing to Expand Medicaid in Indiana: Inequity and Increased Costs for Hoosiers 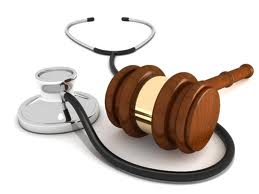 By Derek Thomas and Angelique Gayle

The United States Supreme Court’s decision to uphold the Affordable Care Act is an enormous victory for the children and the young people of Indiana.  This means that low-income children will be able to maintain the critical coverage they receive through the Children’s Health Insurance Program (CHIP) and Medicaid. The ruling also allows young adults under age 26 to remain on their parent’s health insurance until they have steady employment and coverage of their own. For these reasons, this is a time to celebrate.

However, the challenge is not over. In the wake of celebration, Indiana must now also move quickly to meet a critical 2014 deadline.  By 2014 the state has to establish health insurance exchanges, set up an effective enrollment process, as well as other critical tasks.

Most notably, our state must address a major new challenge to Medicaid resulting from the Supreme Court decision: The ruling maintained Medicaid coverage for low income children; whether or not their parents will have coverage is being left up to the states.

Right now, Indiana only covers working parents (with children) who make up to 24 percent of the poverty line, which comes to $4,581 a year for a family of three. However, the Medicaid expansion provision in the Affordable Care Act enables coverage for these low income adults by expanding Medicaid to 133 percent of the poverty line ($25,390 for a family of three).  According to a recent study by the non-partisan Kaiser Commission on Medicaid and the Uninsured, which aligns with the Congressional Budget Office’s estimate of likely participation rates in the expanded Medicaid program, 215,803 previously uninsured Hoosiers will have access to care by 2019.

Beyond narrow ideological motives, Indiana has little basis for refusing to implement the Medicaid expansion.  The Affordable Care Act provides 100 percent federal funding for the expansion of Medicaid for its first three years, phasing down after that to 90 percent federal funding by 2019.  According to the same study by Kaiser, this phase out (in which the federal government will pay 100 percent in first three years, and down to 90 percent by 2019) will cost the state of Indiana only $478 million from 2014-2019 (an average of $79 million each fiscal year).

It should also be noted that in a study commissioned by the State of Indiana, the estimated cost (2.58 billion) is approximately 5 times greater than the non-partisan Kaiser study (478 million).

Finally, by greatly reducing the number of uninsured, the expansion will allow Indiana to save substantial sums on uncompensated care for the uninsured, which is ultimately paid for through both tax dollars and higher private insurance premiums. In fact, according to Kaiser, during the 2014-2020 time periods, insured Hoosiers would otherwise pay over $2000 to subsidize the uninsured.

“Taking the entire population into account, insured adults (including the elderly but excluding people covered by Medicaid) spend about $350 per person through taxes, donations, and payments for private health care and private insurance to subsidize care received.”

So, not only is expanding Medicaid the fiscally sound option for Hoosiers, if the state refuses to implement the expansion, the result will be extreme inequity in health insurance coverage.  People with incomes between 100 percent and 400 percent of the poverty line will be eligible for subsidies to help them afford coverage in the new health insurance exchanges.  But people below the poverty line won’t receive coverage since the Affordable Care Act assumes they’re covered by Medicaid.

It is up to our state’s policymakers to avert such a deeply inequitable outcome by moving forward with the Medicaid expansion. The research is clear that when parents and children are covered together, greater numbers enroll in the health insurance programs for which they are eligible and more children receive the care they need to grow into healthy and productive adults.

The message is clear: Our state cannot afford to NOT move forward with full expansion of Medicaid and the guarantee of health care coverage for every parent and child in Indiana.