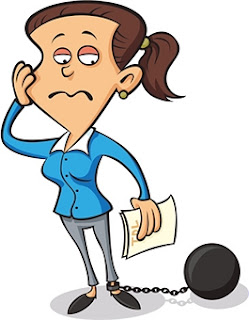 For Mother's Day, let's start honoring Hoosier moms (and their children) by supporting public policies that not only provide them with the tools necessary for economic mobility, but also reflect our appreciation for their role in promoting strong families. The 21st century has exponentially increased demands on working mothers, yet lawmakers are moving like snails to keep up. So, from the perspective of a public policy institute (that's us), here are some gifts we'd like to give our moms: the ability to balance work, family, and professional responsibilities; time to care for a newborn child; equal pay for equal work; living wages; and healthcare coverage.

Smooth Out the Cliff Effect: A recent report by the Institute looked at the Cliff Effect phenomenon. This occurs when even a $0.50 increase in hourly wages leads to the complete termination of a benefit, and a dramatic net loss of resources. The most devastating cliff is the loss of childcare subsidies - where a $0.50 increase in hourly wages leads to a loss of up to $8,500. This creates a disincentive towards economic mobility; a parent or guardian turns down the raise due to the prohibitive cost of childcare, or does accept the hard‐earned increase but is now financially worse off. By reforming income thresholds in the childcare development fund, policymakers can restore the most basic incentive for hard work - a raise that results in an increase in net resources - and provide Hoosier families with a smooth landing into economic self‐sufficiency.

Here's a video on our You Tube page highlighting the impact that the Cliff Effect has on "Sarah" - a single mother with two children, and here's a link to much more information, including media coverage, policy briefs and community conversations on the Cliff Effect.

Provide Paid Family Leave: The United States is the only industrialized nation that does not guarantee working mothers paid time off to care for a new child. Here's a recent cost-benefit analysis from IUPUI's School of Public and Environmental Affairs Capstone Program, which showed that 48% of all private employees in Indiana do not have access to Paid Sick Days (more than all neighbors states) and a benefit to the state (“reduced costs associated with less contagion of communicable diseases, reduced employee turnover, and increased employee productivity”) of $3.12 million.

Raise the Minimum Wage:  From our recent blog, 14 Reasons to Raise Indiana's Minimum Wage: Nationally, nearly 2/3rds of tipped workers are women, and Indiana is 1 of 5 states – along with Alabama, Arkansas, Louisiana and Mississippi – in which more than 7 in 10 minimum wage workers are women. According to this analysis of the EPI report from GovBeat, 20% of female workers in Indiana would be directly affected. With women earning just $0.73 cents to their male counterpart (the 6th largest gender gap in the U.S.), increasing the tipped minimum wage is a good step towards equal pay. The Wall Street Journal showed this past weekend that less than 12% of those that would benefit are under 20 years old. From Sarah Jackson and Elizabeth at Brookings Institution on the recent shift in low-wage worker demographics: "The typical worker likely to be affected by a raise in the minimum wage today is a woman in her 30's working full-time, with a family to support." Speaking of families to support, Indiana is among eight states where over a quarter (25.5%) of children have a parent who would benefit from the minimum-wage increase.

Expand Medicaid: A recent report by Save the Children ranked the U.S. as 30th of 176 nations in  the industrialized world for "best places to be a mom."  The report says that the U.S. has the  highest first-day death rate in the industrialized world. An estimated 11,300 newborn babies die each year - 50 percent more first-day deaths than all other industrialized countries combined. In Indiana, infant mortality stands at 7.6 of every 1000 births - tied for 5th highest in U.S. Among leading causes, the report cites high adolescent births, lack of education, and calls for greater investments in healthcare.  Jesse Cross-Call at the Center for Budget and Policy Priorities posted a blog on the benefits of medicaid expansion for mothers, saying that up to 6 million women between the ages of 19 and 44 may become eligible if all states were to expand Medicaid. The Sergeant Shriver National Center on Poverty Law lists a few ways the ACA is currently helping women, and whereas only 12% of women were previously eligible for maternity through individual market plans, 100% of them now do.

Here an infographic from Half in Ten on the work that needs "to be done to ensure that mothers are provided the same economic opportunities to thrive not only as individuals but also for their families and for the nation."

Contact your federal and state legislators and tell them that you support your mothers and families. Ask them to do the same!
Share This