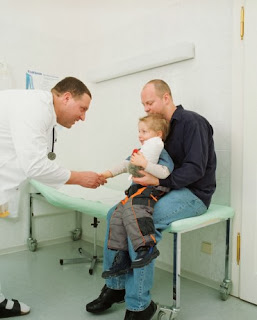 By: Andrew Bradley and Derek Thomas

The Economic Policy Institute's Elise Gould released a report this week on the decade-long erosion of employer-sponsored health insurance (ESI). While ESI is an important component of a family's ability to achieve and maintain economic self-sufficiency, its availability has flattened nationwide. Here in Indiana, coverage has declined for over half a million Hoosiers since 2000, and the state has seen the nation's largest loss in children's coverage. This diminished health coverage for Hoosier families underscores the need for Indiana's policymakers to take active steps to expand access for the uninsured.

Here are some trends for Hoosiers - from 2000/2001 to 2011/2012:
Describing the decade-long decline and stagnation of ESI, Gould said: “The employer-sponsored health insurance system has been deteriorating for over a decade and is failing millions of our families across the country. The huge number of American workers who have not been able to access health coverage through their work highlights the value of public insurance programs and the Affordable Care Act in maintaining the health of our families.”

She's right. For the 13% (or 809,900) total uninsured Hoosiers, expanding Medicaid under the Affordable Care Act would reduce the total number of uninsured Hoosiers by 28% - including 178,000 women. In all, the full implementation of Obamacare could reduce the total number of uninsured by 56 percent. Rather than continuing efforts to repeal or defund the ACA, Indiana's Congressional delegation and  state government should instead work to effectively implement and improve the law in order to put more Hoosiers on the path to economic self-sufficiency, and thereby help reduce the nearly 1,000,000 Hoosiers in poverty.