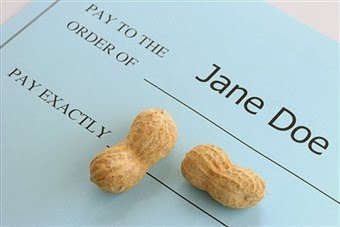 SEE UPDATED BLOG: 15 REASONS TO RAISE THE MINIMUM WAGE IN 2015

In 2013, 13 states passed legislation to increase the minimum wage. In the spirit of 2014 (this post is a little late, but not too late), we've laid out 14 compelling reasons the Indiana General Assembly should resolve to be the 14th state to reward hard working families by providing them with the raise they deserve:


After Hoosiers experienced some of the largest losses in household incomes in the nation, some of the largest increases in poverty and low-income individuals in the U.S., and rising inequality (in a state with a larger share of poverty wage jobs than the U.S. average and all neighbor states), the only question is, why not reward hard working Hoosier families with a quick and easy tool that would begin to make work pay, while not costing taxpayers a dime?
Share This