Why 36 is the Fix for Small Loans in Indiana

Friday, January 5, 2018
For the past two years, a wide array of organizations, ranging from military veterans, local charities, churches, advocates supporting strong families, and many others have fought new high-cost loan products like this one proposed in 2017 which would have allowed payday lenders’ to make installment loans reaching 240% APR. While it’s satisfying to defeat a bad bill, much of the testimony we’ve heard from communities across Indiana has focused on the damaging effects of current high-cost loan products – including so-called “payday loans.”

This year, we want to focus on a solution. We did our homework, combing research studies and looking at the effects of other states’ reform efforts. And we decided that a cap of 36% APR (annual percentage rate)* – as 15 other states have set for all loan products, including payday lending, and more have done for installment lending – is the best solution to the problem at hand.

What exactly is the problem we’re trying to solve? High-cost loans, whether they are due in two weeks or over a period of months, tend to be aimed at lower-income borrowers with little regard for their ability to repay the loan and can wreak havoc on their emotional well-being and financial stability. In fact, the higher the cost of the loan, the more a perverse incentive is created: lending to a struggling borrower who eventually defaults can be more profitable than lending to a somewhat better-situated borrower who doesn’t need to reborrow or can repay the loan early. The lender can turn a profit even if the borrower ultimately must declare bankruptcy, so long as she is able to take & repay enough payday loans or make a certain number of payments on an installment loan, which the lender helps to guarantee through direct access to the borrower’s checking account. As a state with one of the highest bankruptcy rates in the nation, we should be looking to curb these kinds of products, not expand them. 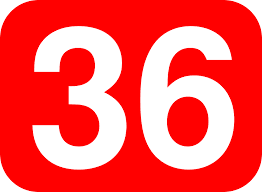 The thirty-six percent interest rate cap for small loans has both a long, established history in the world of finance and a high likelihood of resulting in sufficiently-wide access to credit that borrowers can actually afford. It is the rate that the U.S. Department of Defense requested and secured from Congress when it saw the damage payday loans were doing to active duty military members’ well-being, and the rate that constituents and lawmakers in states like South Dakota and Montana, which both recently enacted rate caps, have demanded.

To be clear, establishing a 36% rate cap in a state that has existing payday loan stores typically means that many of the stores that specialize in only making triple-digit interest rate loans would choose to pack up and head elsewhere. But studies from North Carolina and Arkansas suggest that even the majority of their customers see that as a positive. They engage a variety of more affordable options for handling budget shortfalls. And the myth that people flock in greater numbers to the wild west of the internet seeking these loans is just that – a myth. Even so, a rate cap in Indiana would apply whether the loan is made from a store or online.

Indiana has some house cleaning to do to get to 36%. Our small loans statute permits payday loans of
up to $605 with an effective ceiling of 391% APR. And even our current installment loans statute - which permits a 36% finance charge on loans up to $2,000 – allows an additional fee outside that cap that can bring the APR well above 36%. Even so, proposals are expected again this year to increase fees and interest rates.

Senator Walker’s 36% rate cap legislation zeroes in on payday loans, and we will fight for it with all we have. But you can also count on us to remain vigilant against efforts to expand fees and interest on other types of loans, and to continue our efforts to right the ship for Hoosiers trapped financially underwater by establishing clear and fair consumer protection laws that promote safe, affordable products and steer us clear of relaxed rules that incentivize drowning the borrower.