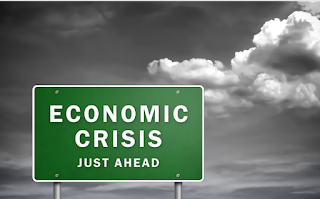 Federal lawmakers are in the process of addressing the United States' statutory borrowing limit – known more commonly as the debt ceiling or debt limit. Years of debate surrounding the amount of debt the federal government has obtained and whether our borrowing demonstrates proper fiscal management does not appear to be changing anytime soon. However, do not confuse what is happening now as fiscal prudence or sound budgeting or even a public policy debate. Because if the focus is on “policy”, this issue would not be an issue. Unfortunately, the current debate is only about politics. If our federal lawmakers are not careful and do not act soon, their inability to raise or suspend the debt ceiling will have serious, negative consequences on the global economy.

In 1917, Congress established a maximum amount of money the federal government may borrow. Since then, Congress and the President – every iteration of Republican and Democratic control – have raised the debt ceiling 98 times. The logic is simple because the policy decisions have already been made. Why? Because the debt limit does not eliminate, reduce, or otherwise minimize the legitimacy for the federal government to make payments required by law or contract. Congress has already agreed to and passed funding for mandatory spending (think Social Security), discretionary spending (think national defense), interest on existing debt (think creditworthiness and being a responsible borrower),  and emergency programs (think almost every dollar related to the government response to COVID-19). Raising the debt limit just allows the United States Department of the Treasury to actually disburse and make those payments.

While the federal government has run in to this problem before, it has never actually defaulted on its obligations or lacked the resources to follow through. That puts the government in a weird spot because it is unclear what the government would actually do. The Treasury Department is currently operating under “extraordinary measures” to prevent default, but Secretary of the Treasury Janet Yellen indicated that without action, sometime in October (likely 10/18/2021) the Treasury Department’s cash balance “will fall to an insufficient level, and the federal government will be unable to pay its bills.” What could ensue would be nothing less than a financial catastrophe and for no other reason than perceived political gain.

One of the first, more likely scenarios would be drastic cuts to the funding states receive from the federal government. For perspective, in state fiscal year (FY) 2019 – July 2018 through June 2019 – the federal government provided $13.6 billion to the State of Indiana or nearly 40% as a share of state spending. In FY2020, federal grant payments to Indiana rose to $15.9 billion. Absent raising the debt limit, Indiana could see immediate cuts to:

These are just a few of the programs and investments at risk, and the order and magnitude of any cuts are unknown. What we do know is that programs will lose funding if the debt limit is not suspended or raised. Simultaneous to funding cuts to states, the pain of default could be immediate on the economy and global financial markets, presenting a real likelihood of recession. According to Moody’s Analytics, “the downturn would be comparable to that suffered during the financial crisis. That means real GDP would decline almost 4% peak to trough, nearly 6 million jobs would be lost, and the unemployment rate would surge back to close to 9%. Stock prices would be cut almost in one-third at the worst of the selloff, wiping out $15 trillion in household wealth.” Layered with the ongoing global pandemic, this is a difficult situation to imagine.

There is good news. Federal lawmakers still have time to put the economic health of the domestic and international economy above short-term political hedging and wins. Based on the current trajectory, it appears a deal will materialize at the last minute to avoid a cataclysmic, yet completely avoidable, event. The next few weeks will be telling. Let us ask our political leaders to show up and safeguard our economy, national security, fiscal responsibility, and the livelihoods of individuals, families, and children.